The State of Ageing 2022, a new comprehensive review of public data by the Centre for Ageing Better, shines a light on people’s worsening experiences of growing older in England and strengthens calls for an Older People’s Commissioner.

The State of Ageing 2022, a new review of national data on ageing by the Centre for Ageing Better, finds that the prospect of a healthy and financially secure later life is becoming increasingly unlikely for millions of people in the UK.

Data shows that women in the poorest areas of England can now expect to live 16 fewer years free of a disability or limiting illness than those in the richest areas, and the gap for men is even greater at 17 years. 20/04/2022

Conference on the Future of Ageing hailed as a great success

Please send us news of your group for this web site so that other groups in the arera can benifit from your experience to, dilysatgopa@aol.com, 31/03/2022 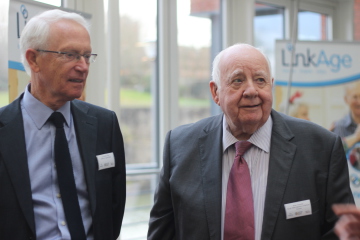 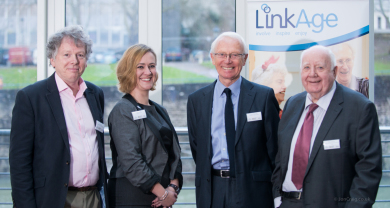 50,000 South West Seniors call for “Minister for the Ageing Society”

The body representing over 50,000 older people in the South West has called upon the main political parties to build into their election manifestos the creation of a new ministerial post to deal with the challenges and opportunities of our rapidly ageing society.

The South West Seniors Network SWSN has also prioritized new laws to provide greater safeguarding from abuse for frail, older people and changes to the tax system which currently penalize those with modest pensions.

“We will shortly be heading into the next election,” said Brian Warwick, Chair of the SWSN, “and at our AGM we asked our members for their priorities. Every political party is well aware of the power of the ‘grey vote’ – there are over 14.5 million people aged 60 and above in this country, most of whom vote, and we are looking to engage with the main parties on the policies that would win their support.

“What came over loud and clear is that older people are not looking for anything that treats them unfairly compared to the rest of society, or for anything that is unaffordable or unrealistic. We recognize that other parts of society are being ‘squeezed’ too.”

One of the main concerns of seniors in the West is the failure of this Government to appoint a Minister with an overarching responsibility for policies relating to older people. “The 2013 House of Lords report on our Ageing Society highlighted the fact that the Government was totally unprepared for a society where people are living much longer than any previous generation.

“This has massive implications for our health service, the way we provide and fund care, our housing needs in the years ahead, how we afford retirement, the need to invest in more public transport, extending working lives… a whole raft of issues,” says Mr Warwick. “You simply cannot deal with these issues in isolation on a departmental basis – which is what is happening at the moment.

“Every day we hear of cut backs in one department which lead to problems being created elsewhere. In particular, decisions taken by the NHS without adequate consultation frequently impact upon the quality of life of individuals and load significant costs onto Local Authorities - who are at the sharp end dealing with many of the care and support needs.

“Cut backs in public transport are leaving whole communities isolated – and social isolation and loneliness have been proven to have major negative health impacts. The list goes on.

“We know budgets have to be cut, but we have to stop this silo thinking which actually leads to money being wasted. Only a Minister for an Ageing Society, in close touch with older people themselves, would have that ability to look at the whole picture and make departments co-ordinate their efforts – and so saving public money as well as improving services.”

The seniors in the region have also called for changes which would provide greater safeguarding for vulnerable adults living in care. “At the moment we have the nonsensical situation where someone living in care provided by the local authority has a greater level of protection and more human rights than those paying for their own care. How can that possibly be right?” demands Mr Warwick.

“We also want all the parties to make clear what their policies will be on current benefits available to older people – especially bus passes and winter fuel allowance. The gap between seniors on low incomes and the rest of the community is also widening, especially those below the tax threshold who received very little help in the recent budget.

“Above all,” said Mr Warwick, “what we want to see put in place are policies and strategies that will help tomorrow’s older people too.”

View our  films on our videos page with views from local forums.

South West Seniors’ Network is not responsible for, and expressly disclaims all liability for, damages of any kind arising out of use, reference to, or reliance on any information contained within the site. The views expressed on this website are not necessarily the views of South West Seniors’ network and while the information contained within the site is periodically updated, no guarantee is given that the information provided in this Web site is correct, complete, and up-to-date.